What You Need to Know for Successful MIPS Reporting in 2018

In mid-November, CMS published the CY 2018 Quality Payment Program (QPP) Final Rule which included numerous updates to the Merit-based Incentive Payment System (MIPS) for Year 2 of the QPP (2018 Reporting). While there were also changes made to the other QPP track, Advanced Alternative Payment Models (APMs), this post will only cover MIPS.

In Year 1 of MIPS, providers had the option to report as an individual defined by TIN/NPI or as a group defined by TIN. In Year 2, a third reporting option has been finalized which is virtual groups. A virtual group consists of solo practitioners and groups of 10 or fewer eligible clinicians who aggregate their reporting data virtually to report to MIPS. Virtual groups election must occur prior to the beginning of the performance period. For the 2018 MIPS performance period, the election period was October 11 to December 31, 2017.

MIPS eligible clinicians or groups can also be considered special status based on practice designation as Rural or Health Professional Shortage Area (HPSA).

Cost
In Year 1 of the QPP, the Cost category was weighed at zero percent, thus having no impact on a provider or groups final MIPS score. However, for Year 2 (2018 Reporting), CMS has finalized that Cost will be weighted at 10% of the Total MIPS Score. The two administrative claims-based measures used in calculating the MIPS Cost Score are Medicare Spending per Beneficiary (MSPB) and total per capita cost. These measures were used in the Value Modifier and in Year 1 (albeit did not contribute to the 2017 MIPS Score). An individual MIPS eligible clinician or group will be scored on these measures if they meet the case minimum. Since these measures are scored using administrative claims, individuals and groups are not required to submit any information for the Cost performance category. The performance period is the full calendar year. There is up to 1 percentage point available in the Cost category for Improvement which is scored based on statistically significant changes at the measure level.

Quality
In Year 2 of the QPP, the Quality performance category will be weighted at 50% instead of 60% to account for the new weighting of the Cost category. An eligible clinician or group must still report on 6 measures, including 1 outcome measure or high priority measure, but instead of reporting for a minimum of a continuous 90 days, must report on the full calendar year. Furthermore, the data completeness requirement is increased from 50% to 60%. Measures that do not meet data completeness will only receive 1 point, but small practices will continue to receive 3 points. No other changes have been made to the scoring. Improvement for the Quality measures will be measured at the performance category level. There are 10 points available for improvement and greater improvement will result in more points.

Topped Out Measures
Measures are considered topped out when meaningful distinctions and improvement in performance can no longer be made. Topped out measures will be removed and scored on a four-year phasing out timeline. Measures that are deemed topped out for at least 2 consecutive years and have benchmarks will receive up to 7 points, as opposed to 10.

CMS will re-weigh the ACI category to 0% and reallocate the 25% to the Quality category for hardship exceptions and there will not be a 5-year limit to this exception. There are new significant hardship exceptions for small practices, Ambulatory Surgical Centers (ASC)-based clinicians, and MIPs eligible clinicians whose EHR was decertified. The new deadline for applying for a hardship exception is December 31 of the performance period.

Improvement Activities
For Year 2 of the QPP, CMS did not make any changes to the number of activities MIPS eligible clinicians must report to achieve a total of 40 points. CMS did, however, finalize more activities and made some changes to existing activities, increasing the inventory from 92 to 112 available activities. To receive full credit for Improvement Activities in 2018, 50% of practice sites within a TIN need to be recognized or certified as patient-centered medical homes (PCMH). This is an increase from 2017 MIPS where only one practice site had to be a PCMH for the TIN to receive full credit.

For 2018 MIPS reporting, clinicians can earn up to 5 bonus points for the treatment of complex patients based on a combination of the Hierarchical Condition Categories (HCCs) and the number of dually eligible patients treated. Furthermore, any MIPS eligible clinician or group in a small practice will receive 5 bonus points to the MIPS score so long as the individual or group reports on at least 1 performance category for the applicable performance period.

For 2018 MIPS reporting, the final MIPS score will be based on the four performance categories and their corresponding weights. 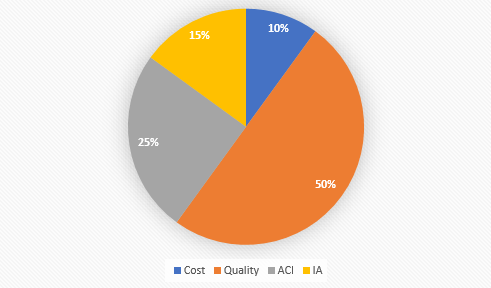